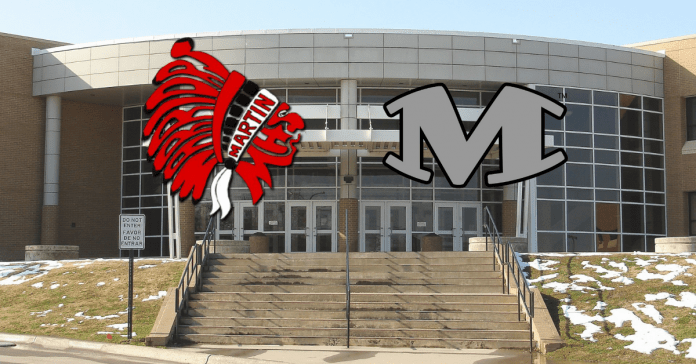 Principal Roddy stated in her letter that “the importance as an educational institution for modeling cultural awareness and sensitivity is paramount in today’s world.” The decision to stop using the controversial logo is one of several examples from around the country in which different organizations have been driven to action by increased sensitivity towards diverse cultures. One of the most notable examples is the NFL team formerly known as the Washington Redskins has announced that they will be changing their name and mascot after receiving pressure from large sponsors such as FedEx and Nike.

The decision to stop using the controversial Martin High School logo is, however, receiving some backlash. A change.org petition was even created in an attempt to keep the logo and now has over 3,000 signatures from Martin High School alumni and other supporters who argue that the original logo should not be perceived as offensive.

Principal Roddy also mentions in her letter that she will give students the opportunity to “choose or offer their own graphic design for a modern-day Warrior mascot”, focusing on characteristics which she states represent a modern-day warrior such as persistence, grit, and determination. Roddy’s inclusion of student ideas could end up being a true honor for some lucky and talented teenager if they did choose to go with a student design.

Martin High School’s colors will continue being red, black, and silver, making the transition easier and in Roddy’s letter she states that the school and district will work with groups, clubs, and teams who invested in apparel featuring the discontinued logo in order to help them replace those items. It will be interesting to see what the new Martin High School Warrior will resemble.