While we saw cities across the country and even around the rest of the world host protests demanding social justice reforms, Arlington locals also played a part in the movement and organized several protests right here in the American Dream City. These recent protests have been driven in large by the frustration towards the killing of unarmed black people, such as George Floyd who died in police custody after a Minneapolis Police officer held him down with his knee on Floyd’s throat for over 8 minutes, despite Floyd pleading that he couldn’t breathe. In an attempt to address these recent displays of civil unrest, Arlington City Council has put a Unity Council into place and is also looking into creating a civilian oversight program for police accountability. The Arlington Police Department has also begun revising its own policies, starting by reclassifying vascular neck restraints as deadly force. 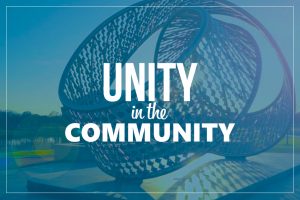 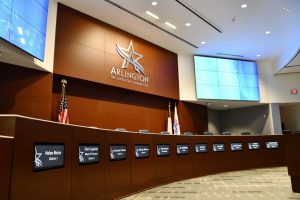 City council members have also begun discussions about introducing a civilian oversight program, which would help maintain a standard of accountability among the Arlington Police Department. The protests that we have seen around our communities have been driven by the demand for social justice reforms, with a primary focus being the demand for police accountability. Per the above infographic by the National Association for Civilian Oversight of Law Enforcement, one purpose of oversight programs is to protect citizens from the potential abuse of power by law enforcement, as many police departments currently handle citizen complaints internally. By increasing accountability and transparency among law enforcement, community members may end up feeling more protected by police and less threatened by their presence, thus increasing the trust that a community may have in its police department. Arlington City Council is currently overlooking different models for a citizen oversight program and hopes to design a system that helps promote trust in Arlington PD. 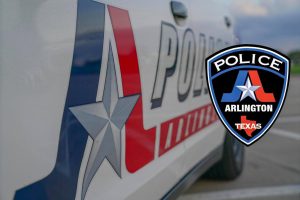 Interim Police Chief Jaime Ayala has also been working directly with Mayor Jeff Williams and the city council to show that Arlington PD is also capable of continuously adapting and bettering itself for the sake of its community members. Ayala announced in June that the department is now reclassifying chokeholds as a form of “deadly force”, limiting when it is legally acceptable to use this form of force. Other revisions include an emphasis on the requiring of de-escalation before resorting to force,  and also requiring city employees to intervene to stop or prevent the use of excessive force by another city employee (including police). Interim Chief Ayala has made his support towards these revisions clear, stating that “maintaining the public’s trust is critical for police departments as they grapple with the emotions and genuine frustrations people have with policing”. These actions also come about with the support of Mayor Williams, who issued a statement on June 1st addressing the protests where he expressed “Let’s continue to work together to find ways we can improve the response by law enforcement, not just in Arlington, but across the country. Racial discrimination has no place in our society and we stand united in our support of peaceful protest for something that happens far too often in this country”

As these protests continue around the country, seeing our own local government responding by taking steps to address police brutality and racial inequality is truly inspiring, and a sign that the American tradition of making our voices heard can be a powerful weapon against the injustices of the world. And although these steps taken are just the beginning, we as a city could see our fellow community members and neighbors truly thrive as a result of our efforts to empower each other.