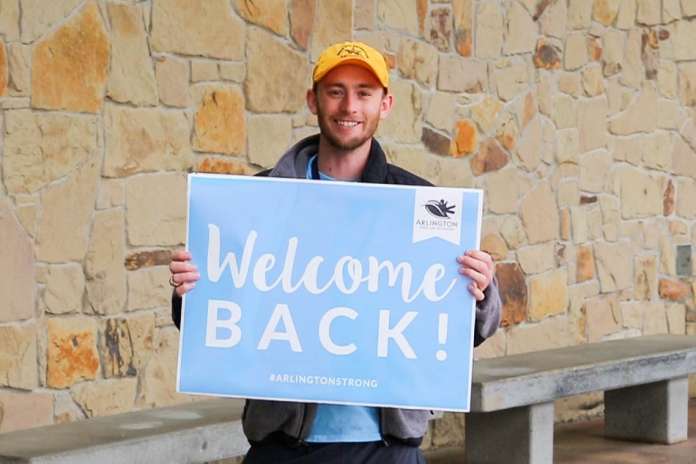 Arlington residents are beginning to see an easing up of the restrictions that were implemented in an attempt to abide by social distancing guidelines. Governor Abbott announced on May 18th that per his executive order, Texas would begin Phase 2 of its reopening process. Phase 1 began on April 27th and allowed certain establishments such as restaurants, retail stores, libraries and museums to reopen at a limited capacity. With these restrictions slowly being lifted, Arlington has begun seeing amenities like our public libraries, recreation centers and local bars and restaurants now being partially open to the public.

Arlington Libraries were staying active in helping the community even while their doors were closed to the public. They were offering services like curbside pickup for books, staying active on their social media accounts to offer virtual entertainment to our residents, and even teamed up with the organization CitySquare for the fifth year in a row to offer free meals to school children on Mondays and Fridays. The East Arlington, Northeast, Southeast, and Lake Arlington locations are now open with certain restrictions:

Some of the amenities available again include:

Restaurants and Bars in Phase 2

Governor Abbott has continued urging Texans to do their part to maintain public safety as well. While announcing the beginning of Phase 2 of reopening he asked that Texans “continue heeding the guidance of our state and federal medical experts and do their part to protect public health” as well as adding that their “focus is keeping Texans safe while restoring their ability to get back to work, open their businesses, pay their bills, and put food on their tables”. Arlington Mayor Jeff Williams also addressed the city’s residents in a video in which he stated “First, I wanna thank you at home for doing your part to keep our city healthy and safe. And by practicing social distancing and wearing a mask, you’re a huge reason why we’re able to transition into Phase 2 of our city’s roadmap to reopen and recover”

In these unfamiliar times, we’ve seen countless communities come together to support each other. With the sacrifices that our communities have had to make in the interest of public health, it is promising to see that we are moving toward a future focused on both keeping the population as healthy as possible and attempting to make a gradual return towards our old lifestyles.