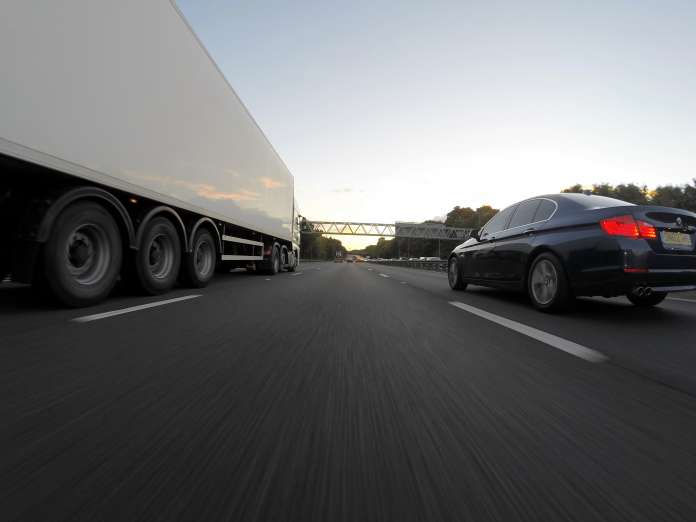 Wednesday morning a teen was contemplating jumping from a busy I-20 overpass. After receiving calls, Arlington Police rushed to get to the scene. Motor Officer Deric Sheriff was one of the first to get to the Kelly Elliot Bridge and made a split second decision to ask a big rig passing by to help.

“I was going to try and get some semis to park under the bridge to make the fall a lot less traumatic,” said Sheriff.

At first, spotted a flatbed and a dump truck slowing down but didn’t believe that would work. At the perfect moment, he spotted Dwayne Crawford’s big rig slowly rolling by. Sheriff got Crawford’s attention and told him his plan to save the teen’s life.

Crawford drove between two lanes directly below the bridge just as the teen jumped landing on top of the semi. After a few minutes, the teen responded and climbed down the ladder on his own.

After the life-saving event, Sheriff is still not sure how he devised the plan.

“I don’t know where it came from. I don’t know if I had seen it on a movie or lethal weapon, I don’t know. I’m just trying to think of a way to lessen the impact,” said Sheriff.

These two were in the right place at the right time when they were needed most. Thank you to the Arlington Police Department for their quick response, the Arlington citizens who alerted them, and Crawford for going above and beyond.